United Fishermen of Alaska named retired Homer Fisherman Bob Moss to the group’s Alaska Seafood Industry Hall of Fame. Moss was noted by the group for his efforts as a pioneer in Alaska fisheries for sixty years. He served on the Board of Fisheries, he was heavily involved in the Alaska statehood movement and efforts to organize fishermen to represent themselves in the fisheries management process. Moss addressed the UFA board, recounting his earliest fishing times and the importance of work outside the fishing seasons. “I am very humbled to be honored by UFA, and I thank you fishing folks who attend all the meetings, at the Board of Fisheries, North Pacific Council, and in your communities. The work at meetings makes the biggest difference in a successful fishing industry. Fishing is also about what happens before and after the fishing season,” said Moss. 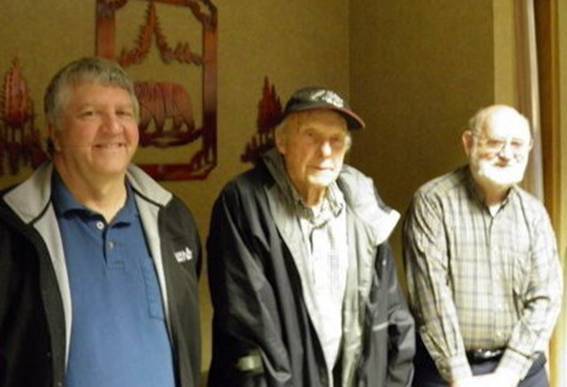